Anatomy of the Brain

Why brain? Why cell, nerve, and neuron?

They are results of our unique approach to AI. We observe how the human brain works and make the machine function similarly. We call it "bionic AI." Yes, you can still call it a system or project, but we find people are more happy and productive when they work with "brains" and "cells".

A Brain made with BrainShop includes everything a working AI might ever need. It has a complete set of data, logy, and codes. It also has its own hardware resources, from CPU to memory. It's a virtual robot hosted in cloud, the Internet. It works out of box.

A brain consists of a set of Cells. Cell is a tiny structure that defines the Brain's response to specific behavior of end users. The core of a cell is two fields, Input and Output.

Cells may include some other advanced field but we will leave them to a later stage as they're optional.

A Nerve is a simplified brain. It's designed to implement a specific function, for example, identify country for a city. Cells invoke nerves through their functions.

A Nerve consists of a set of Neurons, which are similar to Cells but highly simplified. Each Neuron includes only two fields, Input and Output. 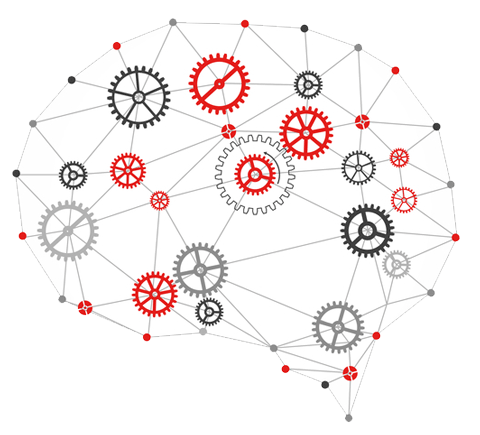